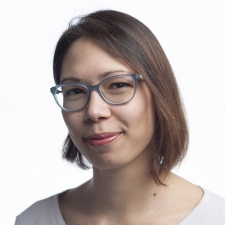 For almost six years now, Jodie Azhar has worked at Total War maker Creative Assembly. Rising to technical art director, the developer departed earlier the Horsham-based studio in August to set up her own studio.

Called after Azhar's cat, this venture was started with a very specific objective in mind. Before Creative Assembly the developer worked at Rebellion, meaning that the last eight-plus years of her career have been spent working on projects where confrontation was the central component.

"Much of my decade in the industry so far has been spent working on games that have combat as the core mechanic," Azhar tells PCGamesInsider.biz.

"Whilst many have been great games, I want to take the opportunity to develop titles that I personally care about, with a narrative impact that you wouldn’t necessarily get in normal life, encounter characters who present ideas players may not be familiar with and create experiences where players are invested through the decisions they make.

"I also want to help build a development culture that’s inclusive and enables people from all different backgrounds to share their stories through engaging and unique games.

"Working at a large established studio offered the opportunity to contribute to improving the culture of a large team and Creative Assembly is definitely putting in the effort to be a studio that supports its staff and build the right culture for them. However, right now I feel my efforts at improving our industry are more effective building the right culture that supports people wanting to make the same kinds of games and studio as me from the ground up."

With this new studio, Azhar wants to make projects that have more of an emotional core than a combative one.

"The new studio will focus on utilising the interactivity of games to provide narratives with emotional depth, that promote empathy and share culture and ideas that aren’t often explored in large studio projects," she says.

"While the aim is to focus on the games and the player experience, it’s important for us to build the right studio culture in which to be able to effectively develop these games. There are many developers who want to create inclusive and representative games with other like-minded developers and as a queer, mixed race, female developer I want to create
a space for that."

I want to take the opportunity to develop titles that I personally care about, with a narrative impact that you wouldn’t necessarily get in normal life, encounter characters who present ideas players may not be familiar with and create experiences where players are invested through the decisions they make.

There's not much that Azhar can sure about Teazelcat Games' debut project, but she does give a sense of what we will eventually see emerging from the studio.

"The first project will be a narrative adventure that responds significantly to the player’s interactions," she says.

"One of the most exciting things that games can do is allow the player to have an effect on the world. However, using something like branching narratives has some unique challenges. If there’s a story you as a developer want to tell then you need to make sure the player doesn’t veer too far away from that, or if they do you need to pull them back to a situation you have control of in order to progress the story. This can feel awkward and as if the player’s choices don’t matter and are superficial, and added to give a false sense of depth to the game. This can result in the player feeling less satisfied than if you hadn’t given them a choice in the first place. Our first title will focus on creating an experience where the player’s choices have impact, but on a much more personal level. You might not be changing the world but you’ll help the character grow through your decisions as a player and affecting the world and other characters around you."

For the time being, the core team at Teazelcat is very Jodie Azhar-specific. The developer argues that there are a number of advantages to working alone at the early stages before staffing up - but it's going to stay a relatively lean organisation.

"Currently the core team is just myself during the pre-production phase," she says.

"With a background in both the technical and artistic sides of development, I can prototype the game without having to prematurely bring a lot of people on board. This means there aren’t people working on top of each other or waiting for somebody to make a decision before they can get their part done and future team members will have a strong idea of what the game is we’re making when they do join the team.

"During the first project we’ll be focusing on the game, creating something enjoyable for players that establishes what kind of games we make and getting it out as soon as possible, so in the future people can be “oh that’s a Teazelcat game”. So in the short term, we’ll be keeping the team as small as possible and will bring freelancers into work on the game as and when they’re needed. The second project will be a lot more focused on building up the team and creating a culture made up of people who are not just good at their job but work well together to inspire different ideas in each other. Ideally, the studio as a whole will remain small and focused on our shared vision for the games we make and the team developing them."

It’s important to make people feel valued and listened to, but also to guide and nurture a team to help them achieve their full potential. Conflicts and disagreements can arise and it’s important as a leader to tackle difficult conversations early

Asked about what she learnt from her time at Creative Assembly, Azhar says that the biggest lessons were about how to motivate other people when you're at the top of the ladder.

"Being the technical art director supporting a large team of artists on Total War taught me a lot about leadership," she says.

"It’s important to make people feel valued and listened to, but also to guide and nurture a team to help them achieve their full potential. Conflicts and disagreements can arise and it’s important as a leader to tackle difficult conversations early, as issues won’t just resolve themselves and sometimes you need to be the one to endure an uncomfortable situation before things can improve. It’s important to remember that the team comes first and any discord between them will impact the game’s development. I also learnt the importance of having clear company values, especially when growing a company. Even for Teazelcat Games, it’s important to know what it is we want to focus on and what’s important to us. This will help inform people of whether it’s the right studio for them and help the team focus when challenges arise or difficult decisions need to be made."

Looking to the future, Azhar says that the goal for the studio is to tell the stories that aren't being told elsewhere.

"Teazelcat Games aims to be a studio that puts inclusivity and representation as a core mission both in the games that we make and a team that creates them," she says.

"I want to bring together a diverse group of developers, from different backgrounds and with unique ideas, who aren’t just excellent at what they do but are the right fit for the team. We’ll aim to tell stories that aren’t being told in mainstream games and utilise the power of games as an interactive medium to share culture, ideas and promote empathy in games. People are complex and have a range of interests that are varied and nuanced, so we don’t want to focus on creating for a particular audience, but want to create great experiences that can be enjoyed by anyone who enjoys the kind of games we make."