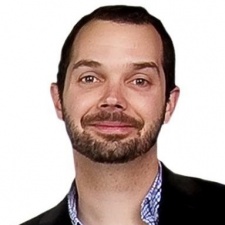 Adrián Cuevas has been around the triple-A development scene for a while. Starting right here in the UK at Brighton's Relentless shipping the first Buzz title, the game maker has held roles at the likes of Ubisoft Montreal and Barcelona helping make Far Cry 3 and Rainbow Six: Siege as well as IO contributing to Hitman.

But a chance encounter that Cuevas and fellow developer Roger Mendoza had with Catalonian artist Conrad Roset Tenllado changed their careers forever.

"We were very lucky. We had a friend in common that we didn't know. One day, just by chance we met and started talking about game. He said he really liked games but had never made one," Cuevas explains.

"He's a famous artist in Catalonia and really wanted to do it and we wanted to try something different and step out from the big studios and try and do something of our own."

The studio Nomada was founded after Cuevas returned from a four-month stint working in Canada on Rainbow Six: Siege. He assumed that the collaboration with Tenllado had evaporated but was pleasantly surprised to see that the artist and Mendoza had continue to talk.

"We quit our jobs and started building a prototype. After that we went to Gamescom and met Andrew from Devolver," Cuevas says.

"After that, we started working together and it's going very well. We founded the studio and started hiring people."

The game has this relaxed feeling. There are some tense bits but overall it's very chilled. We wanted to have that feeling when people see Gris for the first time. You have to be in the same mood that we want to have in the game

Nomada is now 15 people strong, with another five outsources including a composer in the mix. The outfit's first game is Gris, a beautiful platformer which makes full use of Tenllado's artistic abilities.

"The three of us love video games like Journey, and Ori and the Blind Forest," Cuevas says.

"The art drives us a lot when we think about what we want to do - we wanted to do something personal, something intimate, something you can relate to. We started thinking about what we could do. Conrad had this idea of a game that evolves with the colours. We kept that and started trying to find a game we could do with that."

However, for Tenllado, the transition from working purely on art to working on a video game came with certain challenges. For one, there are a number of limitations placed on these projects due to hardware specs and memory limitations.

"First of all, what we wanted to do is give him the same tools to work because he's used to working in a certain environment," Cuevas says.

"We tried to do shaders and those kinds of tools so they could have the same result in a video game that they usually do in a poster. We tried to do the same filters that Photoshop has and so on. At the same time, we needed to explain some of the limitations the hardware has. They can't do 20,000 by 20,000-pixel frames. We learnt together during the process - that we needed to work at a certain resolution and so on. At the same time, we had to work a lot on the memory and how we play with all these frames which are all hand-drawn. For us, the biggest challenges were these - trying to explain the differences between a poster and a video game and trying to give them the tools they need."

The way that Gris is being marketed, too, is interesting. When we meet Cuevas it's not at a packed, dark show floor with thumping dubstep - it's at a bright and open art gallery in West London with chilled ambient music play.

"One of the main goals we have with Gris is showing that games can be art," Cuevas explains.

"The game has this relaxed feeling. There are some tense bits but overall it's very chilled. We wanted to have that feeling when people see Gris for the first time. You have to be in the same mood that we want to have in the game."

As well as having a chilled atmosphere, Cuevas is hoping that Gris will have broad appeal. The developer claims that the game is super accessible with any real challenge being optional.

"In general, we want to appeal to everybody in the way that we want this game to be able to be played by everybody - even people who don't play games normally," he explains.

"That's why we wanted to do this frustration-free title. You can play knowing that you are not going to fail. At the same time, there are some challenges in the game - but they're all optional. There are some other challenges that players can get with a few tries. In general, we aim to have a game that anyone can play. At the same time, it's going to appeal to people who want more artistic or more relaxing experiences. This probably isn't for a hardcore gamer who just wants to shoot people. We are aiming for a broad audience that anyone can try."

Asked what his hopes are for the game, Cuevas simple says that he wants the game out in the wild. The title is set for a December 2018 release, with the programmer hoping that Nomada can do another project after Gris hits digital storefronts.

"We just want the game to be out so that people can play it," he says.

"Obviously we'd love to keep working on other games, so it would be amazing if we can have enough success so we can do another game. But what we really want is people being able to play this. It's a huge success. It's really hard to make any game - even the smallest title. Sometimes people forget that and complain about what's bad despite there being a lot that's good. It's hard to make games, it's hard to make a studio. It's hard to make a good team. For us, we're really happy to just have this experience. I'm learning a lot. I'm meeting a lot of nice people and the whole thing has been really good."

Reply
David Bellpuig Manager
His work is amazing. One of the best Spanish artist out there, without question.
Posted 3 years, 5 months ago

Reply
Alex Calvin Editor at PCGamesInsider.biz
Being a filthy Brit I had never heard of him before now - but good lord his art is impressive!
Posted 3 years, 5 months ago