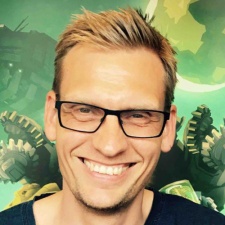 As with many modern indie developers, Ghost Ship Games emerged from the world of triple-A.

Formed in April 2016 following the closure of Copenhagen-based Microsoft-owned Press Play, Mikkel Martin Pedersen and co decided to open up shop with their own venture.

"When Microsoft closed the studio we quickly got together and said: 'Hey, should we do our own company?'. We had this cool idea for the game we wanted to make and just started out," he explains.

"We quickly secured funding for the company."

Early on, the team secured cash from an investor, before Goat Simulator company Coffee Stain Studios entered the mix. That firm put some money behind the studio, eventually buying out the initial investor.

"Now we are tied to Coffee Stain and that company is publishing the game and they own a chunk of the company. That's us," Pedersen says.

"We started out with six people and we have been growing pretty fast. Right now we have 15 people working on the game."

The studio is hard at work on its debut title, the aforementioned 'cool idea for a game'. Deep Rock Galactic combines elements from the crafting and survival genres, as well as the team shooter mechanics from the likes of Left 4 Dead.

"We alway loved co-op games, so that was part of the initial thinking," Pedersen says.

"We had this idea of mixing Left 4 Dead with Minecraft. In the game, we have combined the intense first-person shooter co-op action you know from Left 4 Dead with Minecraft's sense of exploring caves in a procedurally generated world. That's the high concept for the game. Of course, it's much more than that - it's set in space and we've got a lot of lore and atmosphere. It's about shooting monsters and exploring caves in space."

This co-op shooter sector is one that Ghost Ship sees as being under-developed - but does feature a dedicated fanbase.

"Left 4 Dead was massive. We feel there's an underdeveloped market in the co-op genre," Pedersen says.

"Our analysis of the market is that a lot of people play and love co-op, if they own one they own them all - if someone owns Left 4 Dead, they'll also own PayDay and Killing Floor. There aren't that many games that are pure co-op, so we think we've found a niche market."

He continues: "Many other games were more focused on PVE or a single-player component, and the co-op campaign was attached on as a game mode but not many of the big companies take the co-op PVE genre and say 'This is our main game'. That's what we're doing. Deep Rock Galactic has mission-based gameplay - users go in and explore a procedurally-generated cave system and then search for precious minerals and work together as a group."

The team has been employing open development - speaking to its community about the game - over the last few years. This is largely informed by working in triple-A and being unable to talk about what you are developing for several years.

"The six founders of the companies were all veteran developers - we've been in the industry for 15 years and have worked on a lot of games where there's a load of secrecy building up to launch," Pedersen says.

"It's not fun to work on something you can't talk about for three years; we wanted to be able to talk about everything. It's so liberating."

This has also informed the decision to launch into Early Access. Well, that and the programme's ability to generate money for developers as they work on a project.

"It wasn't like we were deciding between doing Early Access and doing a full release; we couldn't do the game we had in mind without the financing that Early Access would provide," Pedersen explains.

The game launches into Early Access at the end of the month, with the studio aiming to be in the in the alpha programme for about a year. But there's still a lot of interesting concepts going into the co-op shooter title.

"We have tonnes of ideas for the game," Pedersen says.

"Right now, the hard part is prioritising the very important things, to get the foundation of the game right and then a lot of the fun features we have in mind will have to wait because there's so much foundational work to be done."