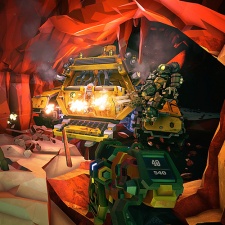 That's according to Danish developer Ghost Ship Games, which posted an infographic showing that sales of the title almost doubled in 2022 over on its Steam page.

On Steam, players spent an average of 42 hours and 45 minutes in the game in 2022, while 506,929 users played for over 100 hours during the year. Ghost Ship reports that the title's daily active users on Valve's platform have almost tripled since 2019, too.