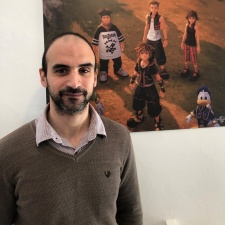 Animation has long been an unsung part of the unstoppable progression of graphics technology.

As ray-tracing breaks into consumer cards and texture resolutions continue to rack up the K’s, making games move believably is more important than ever. That’s where 3D animation firmIkinema steps in.

In this week’s Inside Track, we spoke to Ikinema technical director Ahmed Elhasairi on how perfecting animation can do more for your games than just making them look good.

Tell us a little bit about what your company does.

Ikinema was established in 2006, as a spin-out from Surrey Space Centre. Our products are used in games, movies, virtual productions, and training and simulation, from world-renowned studios, production houses and enterprise teams, through to indies and individuals.

Our vision is that one-day animations in games and movies will be mostly performed procedurally reducing the number of animations development teams need.

How has the last year been for Ikinema?

2018 has been an incredible year for Ikinema. We announced Ikinema Studio at GDC, this is our answer to the increasing overlap in industries requiring similar tools and software to power their virtual animation projects.

Our R&D has had a lot of focus over the last year to bring new and exciting features and functions. We developed high performance in-game retargeting as part of RunTime allowing developers to transfer animation in real-time between different classes of characters—saving developers the need to produce multiple sets of animations, accelerating their development time and further reducing their cost.

Reusing animations across different characters is impressive. But do we want the exact same look and feel shared across all characters? This led us to work on the next piece of the puzzle, which is what we call ‘StyleShapes’.

Our most recent successes have been working with major game developers to launch their triple-A titles such as Sumo Digital’s Crackdown 3, and Square Enix’s Kingdom Hearts III. We’ve found it very rewarding working with them to help make it a much smoother development process. We’re also working with other triple-A developers that cannot be mentioned at the moment. Ikinema RunTime was a TIGA Games Awards 2018 finalist for Best Engines, Middleware, Tools and Technology category.

With every generation of gaming hardware that comes out, player expectations grow.

Obviously, these expectations go hand in hand with the complexity and effort needed in developing the next hit game. That’s why it’s crucial that we work closely with studios to smooth out any issues and ensure our technology meets their expectations to continuously grow with their demands for more advanced tools and tech.

Recently there has been a massive increase in free-to-play games and battle royale genre, with the entire business model driven by in-game purchases of skins and cosmetics.

However, I expect there will be a limit on how far skins and emotes can go in terms of gamer character personalisation.

With player bases reaching the tens or hundreds of millions, it is bound that you will find a similar character. As a developer, unlocking your animation assets to allow players to customise characters through technology like the 'StyleShapes' platform, would provide unlimited possibilities in terms of monetising your game.

We aim to continue being the leading go-to technology of procedural virtual character animation for creators of games, movies and virtual production teams. Working with developers to unlock their creativity and help them bring more realism to their games and offering teams a cost-effective and efficient solution.

Freedom for creativity so artists can design detailed game worlds, and with developments in our technology allows animators individualism in character behaviours so they create ever-more interesting and complex characters unique to their game style.