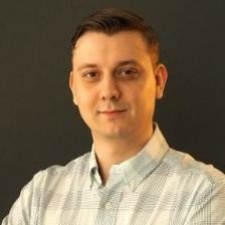 Until a few years ago, most gamers won't have heard of 2004's Metal Wolf Chaos.

The title was a Japanese exclusive for the original Xbox, which meant that close to no-one played the chaotic mech title as, well, that console bombed in the region, selling 450,000 units in Japan between February 2002 and, er, November 2011.

But the game had one ace up its sleeve - its developer, From Software. That company wasn't unknown to the Western audience but started to gain a huge amount of attention off the back of the cult classic that is Dark Souls, which launched in 2011. Soon - years after Metal Wolf Chaos' original Japanese release - people were rifling through the Japanese studio's back catalogue and stumbled across a campy mech game that was in Japanese with an over-the-top corny English language voiceover.

So, in order to jump-start the process of getting Metal Wolf Chaos out in the West, Devolver tweeted in January 2016 (below) telling From Software that they'd be interested in helping re-release the game.

"[That tweet] got so much traction," says Gennadii Potapov (pictured), CEO of General Arcade, the developer that's updating Metal Wolf Chaos, when we spoke to him at Gamescom 2018.

"Devolver used that as a pitch to From Software and everyone was surprised when they said yes, let's do this together. Devolver brought us in because we'd worked with them on other titles and introduced us to From Software. We had a long conversation about division - what we wanted to show, it should work, all that stuff."

Count us in to help Metal Wolf Chaos get out to more gamers if From Software wants some help. #FreeMetalWolf pic.twitter.com/867qay70j8

This remastered version of From Software's game - dubbed Metal Wolf Chaos XD - was announced at E3 this year as part of Devolver's, um, 'conference' at the show.

The announcement promised a number of updates for the game, but Potapov says that it was important that the core gameplay wasn't touched.

"Our vision was to preserve the original feeling of the game for this version, so no gameplay changes," he explains.

"All of our tweaks are quality of life improvements, like changing the aspect ratio from 4:3 to 16:9 and letting the game run at modern resolutions like 4K. We redrew all the UI to make it crisper, but didn't change a lot of content because we wanted to have a retro feel."

That isn't to say that porting the game has been easy - Metal Wolf Chaos was originally released 15 years ago and a great deal has changed in the decade-plus since. For one, making it so that the rendering pipelines from back then work with modern software was a challenge. Then there's the small matter of the game being coded for 32bit processors when 64bit is the standard now. Oh, and all comments on code are in Japanese.

"From Software gave us the source code and assets and from there we were on our own - that was part of the deal," Potapov explains.

"They are overseeing the project, but all development was handled by us. From Software is busy with their own stuff, but the company is overseeing the project and evaluating every build, giving us suggestions, telling us what should be tweaked and improved. But we had to figure out how to work with the older pipelines. For example, the development team used a 14-year-old version of 3ds Max and they built a special plugin for it so we had to figure out how to build the plugin first, how to connect it to the old version of resources and the new version of 3D Max because we use a different rendering engine - we use PhyreEngine from Sony - we need to convert all the assets to the new format for the rendering engine to use it more efficiently.

"Then, as you might know, all the consoles back then used 32bit processors but now hardware is 64bit as standard. Any programmer will tell you it's a huge task to transition code from 32 to 64. Even though it's an old game, it's still a triple-A game and has a huge amount of code so we've had to go through very carefully to find anything to transition to 64bit. If you looked at the codes, sometimes it help when you have comments but it's all in Japanese. The code quality is really high, so that helps a lot, but there's a lot of stuff we've needed to figure out by ourselves."

"It still surprises me that From Software decided to do this," he admits.

"At E3 last year, they announced partnerships with Activision [For Sekiro: Shadows Die Twice] and Devolver at the same time. It's crazy. This might be an experiment for From Software to see if people really are interested in their older games and back catalogue and also to see what it is like working with a smaller indie publisher like Devolver. I remember someone from From Software said that Devolver reminded them of From Software when they first started - that's why they decided to team up with them."

So how did General Arcade get involved in this project? Well, the studio was founded by Potapov and CTO Sergei Shubin back in 2008. The duo worked in software development, primarily for banks, but wanted to make games. Being coders - and not knowing much about art and graphic design, they decided to make ports of older games.

"We made a port of Shadow Warrior for iOS and sent it to [developer] 3D Realms," Potapov explains.

"Around the same time, Devolver bought the license for Shadow Warrior so that's how we got in contact with them. The iOS version was licensed from 3D Realms and Devolver wanted us to do Duke Nukem for Steam. They were planning on putting the DOSbox emulator version up which was kind of lame, so we pitched them to do something different.

"Together with [one of Devolver's founders] Nigel Lowrie, we came up with the idea of Megaton Edition. After six months of work - doing this part time and with some time off - it was done. Once the game was released, it was super premium and Devolver was surprised. Later we did the original Shadow Warrior and put it on Steam, same as Duke Nukem Megaton Edition, called the Redux version."

General Arcade has come a long way from bringing Shadow Warrior to iOS and Metal Wolf Chaos XD is no doubt the studio's biggest project yet. The firm has truly stepped into the big leages.

"We've worked on small projects for companies like Capcom; now we have a huge one like this," Potapov says.

"Obviously we want to show and prove that we are capable of handling this kind of thing."