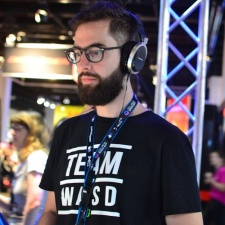 After a two years in open beta, Netflix-inspired gaming service Utomik launched earlier this May. The platform expresses a desire to make “playing games as easy as listening to music on Spotify”

We spoke to Frank Meijer, PR manager at Utomik, about where Utomik seeks to overcome issues that have plagued streaming services in the past.

Subscription-based streaming services have been attempted several times before in the games space, notably OnLive. Likewise, there’s a lot of skepticism around “always-online” services in gaming. In what way does Utomik’s tech overcome these obstacles?

OnLive's unfortunate fate was mostly tied to its tech. Internet technology was and still isn't quite there in a lot of places around the world to support streaming technology. That's where our way of doing things differs, we use our own proprietary smart download tech, there's no streaming involved. Our tech calculates the size of the package you need to download to start playing the game, which depending on your connection can be within seconds after hitting the 'Play' button. That first package will download to your own PC and then while you're enjoying the game, the rest of the files will download in the background to your PC. Your game session will never be interrupted and you'll always experience 100 percent the full game experience, not some pixel streaming stuff.

We’ve seen services like Jump position itself as a way to make money late in a game’s lifespan; Blade is making waves with a streaming set-top box. Where do you see yourself within this ecosystem?

We see ourselves as an alternative option for developers and publishers to make money. We're not seeing ourselves as a competitor to storefronts. People often go to a storefront to buy the very latest releases or take advantage of a deep discount on a game they had on their wishlist. They often stick to a genre or type of game they're comfortable with putting money down for.

Since prices can vary between $10 to $60, not a lot of people have the luxury or faith to branch out into something unknown to them. As a subscription service, we take away that risk. You pay a monthly fee in which you can sample any game you like to give a try. Never played an indie game before? We got you covered with a big selection of high-quality indie games! Only play shooters but always had an itch to try an RPG? Good. Here's a bunch of them to try and see if it scratches your itch. We're a very curious species, so we like to try new things, but it shouldn't cost you too much extra either. That's where we come in. We focus a lot on the discovery process, showing you the games you were curious about but either forgot or didn't want to pay for.

We're more focused on offering a varied games library, to be accessible to the entire family. We actually have quite a big percentage of highly engaged female users, over 30 percent at the moment and still growing.

We also see a shift in how, especially, indie developers and publishers experience the current market. It's getting harder to reach the breakeven point or become even a modest success. Having alternatives to the big storefronts is a great way for them to spread their risk and get another source of income. It's up to them if they want to get their game on Utomik late in the game's lifespan to extend the tail or if they want to have it live close after release. It's becoming more and more the latter though, as people know the time that putting your game on Steam equals a mountain of gold is long gone.

How did the deal with Hitman developers IO Interactive come about; and what’s the story behind getting all but the most recent game on your service?

The deal with IO Interactive took us quite some time to get finalized. We've been talking to them ever since they announced they were going independent. I mean, how can you not? The Hitman series is a well-known and loved franchise! The reason we don't have the most recent Hitman (yet) is very simple: the publishing rights for this game lie with Warner Bros. Games, and even though we have a partnership with them, that partnership doesn't extend to this game.

Game players have historically fragmented between different platforms and stores in a way that doesn’t really happen in TV and music. How confident are you about models that work in other media holding up in such a disparate space?

We're still very confident this model works in the gaming industry as well. We don't need to have everyone on board with us to be successful. Yes, you do consume games in a completely different way than you do series, movies, and music, but in the end, it's all down to physical versus digital and the question of ownership. As with TV and music, the move away from physical has been going on for many years already in the gaming space and people are slowly getting more okay with not owning everything.

A subscription model like ours, where we curate the games we release on our platform, gives people with busy lives the ease of use that you don't get on a storefront where you're paralyzed by the number of choices available and will have a hard time staying up-to-date with the latest releases. The same way a lot of people just watch a show on Netflix because it's recommended for them, that's how we see our model work in the gaming space.

Utomik boasts 100-plus publishers on board so far. What does the platform offer to incentivise these (and future) partners to move their games to the service?

We offer quite a range of promotions to every partner, no matter their size. Compared to almost every other platform, we do a bunch of promotion on our part as well to get people to play their game. Since we work with a curation system to get games on Utomik, we're very invested in every game that makes it through our process.

We're also currently working on a new business model that I can't really say much about yet, but that can have a huge impact on revenue for any developer, no matter their size.

Utomik confident that Netflix for games is a viable business model