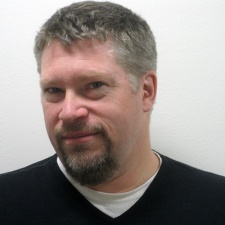 MMOs have, by and large, historically been games that required a lot of time from their players.

Thanks to that South Park episode, MMOs such as World of Warcraft and Eve Online are pretty much viewed as a second job that gamers don't even get paid for. They are an all-encompassing experience, that users can sink ridiculous hours into. Just ask anyone who is really into WoW for their total play count and watch as they go: "Well, it's not as bad as it looks."

So there's definitely a niche in the market for an MMO title that can be played a bit more casually. And that is precisely how Zenimax Online Studios chief Matt Firor sees The Elder Scrolls Online. The studio's president argues the way that the game is structured, compared to other MMOs makes it a much more accessible experience. It's certainly paid off, with a total of 10m people having played the game between its 2014 launch and June 2017. Furthermore - at that point - the MMO had 2.5m monthly active users.

"We're not level-based, which means that unlike other similar games, new players can just jump into our new stuff and they don't have to grind through the old content," he says.

"This is a game you can jump in and out of really easily because you never feel you have to be catching up with people that you used to play with; you can group up with whoever you want to."

Firor says that the launch of the Summerset expansion in March of this year represents this perfectly, with users approaching the game in hugely different ways.

"It's interesting that people really play this game differently to anything else I have experienced in my career," he says.

"We have different cohorts of players. Some just log in every day. But we have groups of players that just played Morrowind last year for a month and then went away then came back for Summerset. They're playing it like FIFA; like an annual release. Some people come in for our events. It's cool to have different types of players - PvP people, crafting people, people who just play solo for the story, that kind of thing. I say a lot that if you ask five different people who play this game to describe the game you'd get five different answers. Some people never group up with anyone. Some just run dungeons and trials. It's cool that it's big enough to do that."

Though The Elder Scrolls Online was obviously designed to be a fun experience - as most games are - Firor says that Zenimax Online Studios has "grown into" its current style of development. These days, changes to the game are influenced by a number of factors, including player feedback and the developers' own experiences.

"We obviously look at metrics and see what people are doing, but we also listen to the players who demand we change things - sometimes more politely than others," Firor admits.

"Then we play the game, too, so our own opinions are mixed up in there. For a game of this type, you can't just run it from metrics and we also can't just use our opinions. We need the mix of metrics, player feedback and our own playstyle. From that came this update cadence that we do every twelve weeks where we have a big chapter and that hits that Elder Scrolls fan who doesn't want that group of people and just wants to play an Elder Scrolls game. Twice a year, we do dungeon DLCs for the co-op multiplayer people. There are a lot of them in Elder Scrolls Online that love to run dungeons with their friends or with pick-up groups. And then there's a story DLC once a year and with those, we try and pick a part of the world that is cool and interesting and unique and different and just really dive deep into it. Even though it's not big geographically, there's cool stuff to do."

Since 2015, Bethesda has been throwing its own E3 showcase. That first year was a pretty special event for the publisher: it announced Fallout 4 just five months ahead of its release date, showed off its Doom reboot and even launched mobile game Fallout Shelter there at the show.

The two subsequent E3 conferences, however, lacked the punch of that debut. But this year's showcase felt like the firm had something special to show again, but for the totally opposite reason of the inaugural event. Bethesda announced not only long-rumoured sci-fi RPG Starfield, but also that it was working on a sixth numbered entry in The Elder Scrolls series.

Though it's a few years out, set to launch after the aforementioned Starfield, just the revelation there was new Elder Scrolls game in the works has driven hype for the franchise MMO.

"There was a lot of excitement about the brand in general," Firor admits.

"The Elder Scrolls Online has been around a while and has reached into the consciousness of gamers as a whole so they understand that this is the experience that is there now and VI is the one that's coming in the future. The brand awareness raises all boats there - the mobile version Blades was announced as well, and we already have Legends."

He concludes: "There's a lot of Elder Scrolls stuff coming out and it all helps."