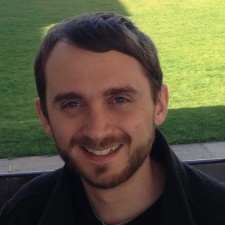 Reigns was François Alliot's last attempt at a video game.

The French developer moved to London four years ago and at this point made the move from being a consultant to making games. Prior to Reigns, he made four other titles including Singular, billiard game Magic Show and real-time strategy title Devouring Stars.

That last title was almost the end of Alliot's career in games after publisher BulkyPix went bankrupt, leaving the developer £20,000 out of pocket.

"Within two weeks of learning I wasn't going to be paid, I signed with Devolver for Reigns," Alliot says.

"That was a good thing because I was at the point where I might stop making games. I had a good reason to stop really."

The pitch for Reigns was pretty simple from the outset; to combine the user interface of massively popular dating app Tinder, with its swipe left or right to make a decision mechanic, with the medieval stylings of Game of Thrones.

"That was the pitch we sent to Devolver," Alliot says.

"We had a very short pitch, like three lines explaining the idea and a couple of gifs. We sent that to them. We had the game available, in a prototype stage, at that point. We had the idea of doing that kind of game. It mixed the very casual game you play with Tinder with some sort of narrative elements where you make these big decisions about your kingdom. That was the core of the game and we built everything around that."

Prior to the release of the original Reigns, Alliot says that despite having the backing of Devolver Digital, he had pretty muted expectations about the game.

"[My expectations were] not very high," he says.

"I knew we had something. We had decided to develop that idea. That's always very difficult, knowing if it's going to work or grab people's attention. But it went far beyond our expectations. I was expecting some form of success, like 200,000 downloads. What happened went far far beyond."

"That's all platforms. It's 50 per cent iOS, 30 per cent Android and 20 per cent Steam. That's very good for Steam. The prices are the same across all platform, which is only fair for players. That's still like 400,000 copies on Steam."

Reigns being on PC is a bit of an oddit when you consider the game's mobile and touchscreen-centric user interface. But Alliot says that this was due to the social aspect of playing on a big screen.

"We noticed very early through playtesting and events that people like to play in a group," he says.

"They like to make decisions together. You have five people behind the screen. It's simple, very easy to come to discuss what you are going to do with five people. That makes it very funny. It also works really well on YouTube and Twitch because you can really bring your audience into the game and play with them. It's easy to understand. It's also a very funny game so it works well with YouTubers. That was part of the thinking. It's also part of the reason we went with Devolver because they are a PC-first developer. They did something really cool with Downwell. They were able to make a game that was considered a good game on mobile and a good game on PC. That's what we wanted to achieve."

Reigns has also managed to appeal to a pretty broad audience; core gamers who normally look at mobile titles with disdain enjoy it, as do people who aren't really into video games at all.

"We sort of managed something that's difficult to achieve which is a mix of a casual game and a 'real' game," Alliot says.

"You can play to get the longest possible reign and it will be entertaining to play like that, but at some point you will stumble across the storyline and will see that there are things hidden within the game. That appeals to people who play a lot of games. The fact that you can do both, surviving as long as possible and uncovering all the storylines about the fate of the dynasty, that's a balance. The tone of the game works, too. I tried to have a funny tone but one that appeals to the user's critical thinking. I don't want to just make funny jokes for the sake of it. I wanted to make people enjoy it but also have meaning. Another important thing is the rhythm of the game - you go from one card to the other, then you die. There's a real pace to it. It's easy to play. That contributed to the broad appeal of the game."

But now Nerial is days from launching its next game, Reigns: Her Majesty. This is a spin-off title that casts consumers as the queen regent of a kingdom.

"We wanted to create a spin-off that's not just Reigns 2, but is more like a completely new storyline with a new point of view, with the character of the queen," Alliot says.

"It creates a different relationship to the power. You are still the wife of the king, so you have to manage that position. It's more about how people consider you, but you have a direct impact on the church. It's more subtle, this notion of the queen's power. You're trying to keep the balance and play tricks, but you want to carry on. it's a different relationship to the notion of power. I'm happy with how it's turned out. It's a more mature game. There's more content, more characters, more ideas in the game. We tried to put everything in the first Reigns, but some things didn't work so well. We have thought about it a bit more here."

This time, there are more eyeballs on Alliot and the team behind the game, but he says that in fact there is less pressure on them.

"We have higher expectations for the game this time," he explains.

"It's a different kind of pressure, slightly lower than before. It's not like we can't make any more games after that if it doesn't work. It's fine. But at the same time, we expect it to work as well as Reigns. We have a lot more attention this time around. It's nothing compared to Reigns, both on the stores, from the fans, YouTubers and from everyone. We have some real attraction. Hopefully the game is good; so far I have high hopes. If the game is good, there's no reason It won't work. This time around we have some sort of base we can build upon. Hopefully it's going to go well."

For Reigns: Her Majesty, Nerial hired former journalist Leigh Alexander to handle the writing duties. Alliot explains that having a woman writer on the project was rather important given the title's female lead.

"It's relatively important," he says.

"It's not that I can't write a couple of cards as the queen, and I did do some cards for female characters in the first game, but you need to have the broad picture. That's not something I could have done. It's important to have that point of view. I've been very surprised by some of the cards she wrote, and there were some I never thought she'd do. But they make a lot of sense in the game and I'm very happy about that. It wouldn't have been complete if we had had a male writer. We got that in Reigns, and that's fine. Now I wanted to do something new."

Looking beyond Her Majesty, Alliot says that the plan is to further explore the universe and mechanics of Reigns.

"We have a couple of projects lined up which will be in the Reigns universe and using that mechanic," he says.

"It's a mechanic, so we can do whatever story we want. I have a lot of ideas already. It's not a game that's just one and done; we can really tell lots of stories with this. I don't feel like it's finished. I am going to carry on for another two or three years doing a series of games. I think it makes sense and people love more so I will make more for now. After that, i don't know. I'll do some other project on the side."