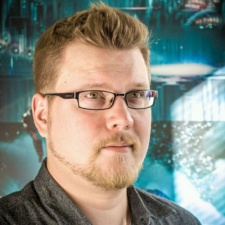 On paper, Nex Machina should have been developer Housemarque’s biggest game yet.

Coming off the back of the critical acclaim for PS4 sci-fi shooter Resogun, the Finnish studio teamed up with development vet Eugene Jarvis for “the arcade game to kill all arcade games”.

This was the first title the company was publishing itself, and its PC publishing debut; having focused on console for most of its career, Housemarque's potential audience just grew exponentially.

Nex Machina launched to positive reviews, too, boasting an 88 Metacritic for PS4 and an 84 for the PC version. So while the title should have been a smash hit, this sadly was not the case. SteamSpy pegs PC sales as being in the region of 30,000 units.

“We really thought [the positive reviews] would reflect in sales, but sadly the case was it really didn’t,” head of publishing Mikael Haveri tells PCGamesInsider.biz.

“It maybe can still in the future. I'm still hoping. But the problem is it's very difficult to extend post-production budget. I'd love to do more content; I'd love to add an editor so we can get people making their own Nex Machina levels, with Steam Workshop integration so people can make their own stuff.

“There's a lot of stuff we can do but when you don't have the projected sales to back it up it's very difficult to jump into. Currently, we are contemplating how do we still stay Housemarque, what are those very integral brand things that make us what we are, as well as how we take on new challenges that may be open ourselves to some new markets, but still staying true to who we are and what we stand for. That's the dilemma; what we do want to do next. We for sure know it's going to be something different. We can't be making these $10 to $20 games that are in a very hardcore niche that really the market has shown there's a lower potential for sales now.”

It’s clear that Housemarque is disappointed in Nex Machina’s sales performance, but Haveri says that the team has learnt a lot from this release.

“One thing [we have taken away] is that every game, regardless of their pricing model, is now more or less a service,” he explains.

“People expect post-release content. If you have a good indie game, something like Enter the Gungeon, where Dodge Roll has released little bits of DLC. For a title to be able to have a bit more of a longer life, that is expected. But it also needs to have some initial success or the developer needs to be able to see a bit of potential in it to be able to invest in further content.

“We should have been able to budget for post-launch content. We as a company haven't said yes or no to post-launch content. Right now, everything is saying don't do it, apart from the audience. There are a few fans out there who want to see it. We know the business side of things is changing. We know that the way people get into games is changing. We could create content for Nex Machina for two years if there was a business around it. It's about understanding that; when a game is out, when it's done and when we stop creating content for it are all different things. That's something that our archaic, old-school ways haven't caught up to just yet.”

Nex Machina was the first title that Housemarque published on PC, having developed Outland for Ubisoft back in 2014. Haveri says that there are some learnings to take away for launching on this platform.

“We still see a lot of potential in PC,” he says.

“We'd be stupid if we decided to not do PC anymore. It's more about understanding where we can find the right partnerships and other demands. In the end, it's about that comfort level, too. Are PC gamers comfortable with a controller? Nex Machina's keyboard and mouse integration is probably the reason it wasn't an 88 on Metacritic on PC. That's the sort of thing we need to grow with and start realising what our strengths on console are and whether they translate to PC.

"This is hopefully going to be remedied; it's still a struggle, but we understand that they weren't the best. There are a lot of PC games that are being played with a controller. We're trying to work out what our strengths are. Clearly are strengths are from the console side of things. There are so many good opportunities on the PC side, we just need to balance that out.”

Now Housemarque is looking for ways to take its skillset and apply it to games with a much larger potential audience.

“The way we are approaching this is we are essentially making very specific hardcore games with an audience that's only so big,” Haveri explains.

“So can we make something different with a potential audience that's 100 times bigger. Even if the experience is different to what they're used to, can we compete in a different market but with the same values; very tight gameplay as the priority, lots of explosions, and speed.

“That also makes us look at ourselves and say: 'Do all these things translate?'. If we made a car game, it would probably be something with lots of explosions and so on. There hasn't been a Burnout title in about a decade – maybe that's what we could do; we like those games, but they're not our thing. How do we translate all of our values into different options and where do we have a good market with a bit more of an audience than what Nex Machina had.”

Looking to the future, Housemarque is re-evaluating itself and trying to figure out where to go from here.

“We really are going back to the drawing board; we know who we are, but now it's about whether we can extend those values into other things and what would those other things be?” Haveri says.

“It's a self-reflection in a way to question your own values. We love gameplay, that should always be number one. That's not going to shake up at all. But then if you are doing something different or going through changes, something has to go. Now we're trying to figure out what and how we do that. It's always simple things like: 'Can we make a game like This or that?'.

“It's figuring out where the future market potential is going to be and how can we have an impact. We like to take different genres, mostly in arcade games now, and put a Housemarque twist on it. Can we do that beyond the genres we've been looking at until now? That's the internal struggle that we're currently having. We want to communicate be open about how now is a time for change.

“When we're ready to announce whatever we've been contemplating then hopefully it'll be something that resonates with our fans and they understand that this is a Housemarque game still because it has these qualities. We hope we can still live up to the standards we have set. We're just clearly going through some changes. We don't know where we'll be.”