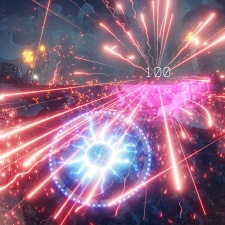 Finnish game maker Housemarque has revealed a shift in its business moving forwards.

In a post on its website called "Arcade is Dead", CEO Ilari Kuittinen said tha tthe team was changing course away from arcade releases owing to the poor commercial performance of its earlier 2017 release, Nex Machina.

A shift in direction was very much the focus of our recent interview with Housemarque, which was following up on the launch of Nex Machina. Despite launching to critical acclaim, that game did not sell as well as the Finnish studio had hoped.

“While some of them have reached a massive audience due to free game offerings across various digital sales channels, this unfortunately doesn’t help pay for development, which gets costly for high production quality. We are extremely grateful to our fans and partners, who have enabled us to work on awesome games like Super Stardust HD and Outland. For your unfailing love and support we thank you from the bottom of our hearts.

“But now it’s time to move on to new genres. Lackluster sales of Nex Machina have led us to the thinking that it is time to bring our longstanding commitment to the arcade genre to an end. While this genre will always hold a special place in our hearts, the industry is moving more toward multiplayer experiences with strong, robust communities, and it’s time for Housemarque to move forward with the industry. Hence Nex Machina and Matterfall will be the last of their kind coming out of our studio. Our purpose as a company remains the same, however – to create enjoyable and memorable gaming experiences for players while simultaneously creating a great workplace that allows people to flourish both professionally and personally.

“Looking ahead to our next projects, we are exploring something totally different than what you might expect of us, but we believe this will lead to the creation of even more engaging gaming experiences. Our core values remain the same – gameplay first with first class execution. We are really excited about our new projects and look forward to unveiling our first game from the new era of Housemarque.”