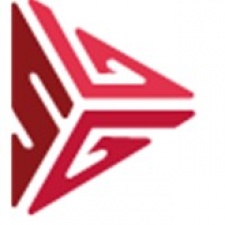 Saudi Arabia's Savvy Games Group has set aside SAR 142 billion ($37.8 billion) to invest in games companies around the world.

That's according to a new investment plan unveiled by the organisation, of which roughly a third – SAR 50 billion ($13.3 billion) – has been marked "for the acquisition and development of a leading game publisher to become a strategic development partner."

On top of the acquisition pot, Savvy Games Group has SAR 70 billion ($18.6 billion) set aside for minority investments. SAR 2 billion ($532 million) is going towards "diversified investments in industry disruptors" in games and esports while the final SAR 20 billion ($5.3 billion) is being put towards "mature industry partners," i.e. veterans who might have a solid understanding of the games industry.

"Savvy Games Group is one part of our ambitious strategy aiming to make Saudi Arabia the ultimate global hub for the games and esports sector by 2030," wrote Crown Prince Mohammed bin Salman, best-known for being involved in activities much less fun than video games.

"We are harnessing the untapped potential across the esports and games sector to diversify our economy, drive innovation in the sector and further scale the entertainment and esports competition offerings across the Kingdom."