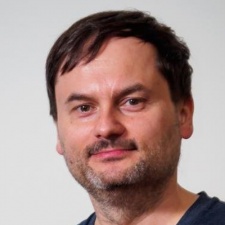 US games giant Take-Two has apparently terminated a development and publishing agreement it had with Polish studio People Can Fly.

That's according to the developer, which says that this relates to Project Dagger, a brand new action-adventure IP that has been in the works for the past two years. The two companies are apparently parting ways, with People Can Fly retaining the rights to the property as Take-Two has not exercise its right to buy it.

Project Dagger was being worked on by People Can Fly's New York team, which was set up in 2019.

“I assume we will part on good terms, and I don’t see reasons why we couldn’t work with Take-Two on some other project in the future," People Can Fly CEO Sebastian Wojciechowski said.

"We strongly believe in Project Dagger’s potential and are now committed to continue its development within our self-publishing pipeline. The game is still in pre-production – our team is now focusing on closing combat and game loops and migrate from UE4 to UE5. I’m conscious that this decision will add investments on us, but self-publishing is part of our strategy. Of course, we are not ruling out working with a new publisher if this creates a compelling business opportunity.”