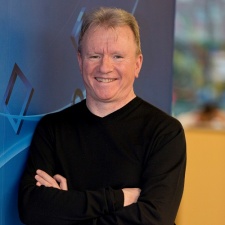 It seems that Sony Interactive Entertainment is not content with Microsoft's offer to keep Call of Duty on PlayStation for three years beyond its current deal.

In a statement to GI.biz, SIE boss Jim Ryan said that this proposal "was inadequate on many levels" and would have a negative impact on its customers. Xbox's Phil Spencer recently said that Call of Duty would still be on PlayStation for three years from the end of the platform holder's current deal with publisher Activision.

Microsoft is in the process of buying Activision Blizzard for a record-breaking $68.7 billion.

"I hadn’t intended to comment on what I understood to be a private business discussion, but I feel the need to set the record straight because Phil Spencer brought this into the public forum," Ryan said.

"Microsoft has only offered for Call of Duty to remain on PlayStation for three years after the current agreement between Activision and Sony ends. After almost 20 years of Call of Duty on PlayStation, their proposal was inadequate on many levels and failed to take account of the impact on our gamers. We want to guarantee PlayStation gamers continue to have the highest quality Call of Duty experience, and Microsoft’s proposal undermines this principle."