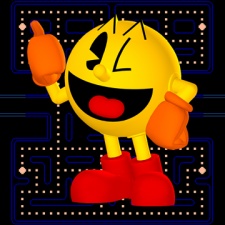 There apparently is a film based on the Pac-Man series on the way.

That's according to The Hollywood Reporter, which says that Japanese publishing giant Bandai Namco is teaming up with production company Wayfarer Studios for a live-action take on the yellow arcade icon.

The film apparently is based on an "original idea" from Chuck Williams, the associate producer behind the recent Sonic the Hedgehog movies, who works at Lightbeam Entertainment.

Despite the games themselves not really having much of a plot, Pac-Man has been adapted to other mediums.

Back in 1982, Hanna-Barbera created a cartoon based on the franchise which ran until the following year. Years later in 2013, Disney XD aired a computer-animated show called Pac-Man and the Ghostly Adventures. This ended in 2015.

Bandai Namco confirms it was the victim of a hack

CHARTS: Elden Ring has been No.1 on Steam for five weeks