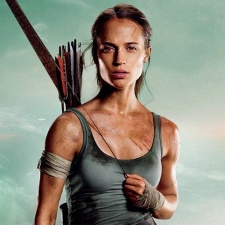 Movie companies are scrambling to secure the film rights for the Tomb Raider games franchise.

That's according to The Wrap, which reports that Amazon-owned MGM has lost these rights as it did not greenlight another entry in the series by May of this year. Doing so means that the rights go back to GK Films, who initially acquired them from games firm Square Enix back in 2011.

There are also reports that Alicia Vikander (pictured) – who portrayed protagonist Lara Croft in the 2018 Tomb Raider movie – is not attached to a sequel. In fact, it seems that the next film based on the video game franchise is going to be yet another reboot.

The 2018 Tomb Raider movie brought in $275 million in ticket sales around the world. It came in the wake of two previous films starring Angelina Jolie as the titular archaeologist, released in 2001 and 2003.

In May of this year, European publishing giant Embracer Group acquired Square Enix's Western studios and properties. This includes the Tomb Raider franchise.

Report: FIFA likely to be rebranded to EA Sports FC