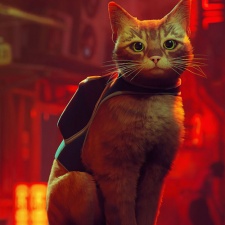 The indie romp debuted back on July 19th and debuted at the No.2 spot during its first week on sale. It comes in behind – once again – Valve's Steam Deck, which once again takes the top spot in the charts.

Visual novel RPG Digimon Survive has made its debut in third place following its July 29th release to broadly very positive reviews. Hello Games' space romp No Man's Sky rose two places to fourth week-on-week thanks to it being 50 per cent off right now. It comes in ahead of pre-orders for the PC version of Spider-Man Remastered, which is set to launch on August 12th. This comes in the wake of its initial 2018 release on PS4. To date, the title has shifted over 33 million copies.

Valve's Index virtual reality headset came in sixth place, a one place rise week-on-week, coming in ahead of Elden Ring, which rose one position to No.7. Rockstar titles Red Dead Redemption 2 and Grand Theft Auto V make a return to the Steam charts in eighth and tenth place respectively. This could well be due to hype about Grand Theft Auto 6, with more details emerging via a Bloomberg report last week.

Raft from Axolot falls from fourth to ninth week-on-week.

Here is the Steam Top Ten for the week ending July 29th: