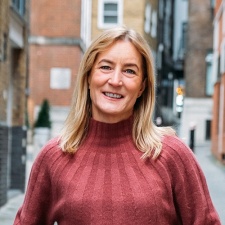 Indie hit Core Keeper has shifted over one million copies to date.

That's according to publisher Fireshine Games, which revealed that the game had sold this many units since its launch into Early Access back on March 8th. Core Keeper shifted 500,000 copies in its first two weeks on the market, meaning it has sold half a million units since the end of March.

“We are so thankful to the Core Keeper community for their love for the game, and for their help in bringing Core Keeper to more and more players,” Fireshine marketing director Sarah Hoeksma (pictured).

“We’ve been overwhelmed by the positive response since launching into Early Access, and can’t wait to share future plans about exciting new content updates for the game as it continues to grow.”

Developer Pugstorm added on Steam: "This is a momentous occasion for us as developers and for our publisher, Fireshine Games. In fact, Core Keeper previously set the record for being Fireshine Games’ fastest-selling digital game of all time by selling 100,000 copies within its first two days of Early Access launch.

"We’re truly overwhelmed by the fantastic community response that Core Keeper has had, and we’re thrilled to have hit this milestone so early on in the games’ development. Launching in Early Access has given us a unique opportunity to involve the community in major game decisions and collaborate with them on improvements and optimisations."