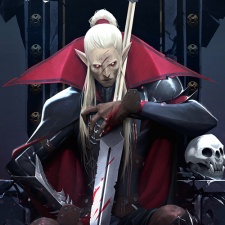 Vampire survival game V Rising has sunk its fangs into the No.1 spot on Steam.

The title launched into Early Access on May 17th and quickly became the best-seller, dethroning Valve's own Steam Deck hardware from the top spot for the first time in weeks. The console has dropped to second place, ahead of Cold War combat simulator, Arma Reforger from Bohemia Interactive.

From Software's Elden Ring drops one place to fourth, while fifth goes to the Founder's Pack for V-Rising. Valve's Index VR Kit rose one place to sixth, while Endnight Games' The Forest drops three places to No.7.

FIFA 22 and Titanfall 2 took eighth and ninth places, thanks to an EA sale on Steam, which saw both games discounted by 84 per cent.

Here is the Steam Top Ten for the week ending May 21st: