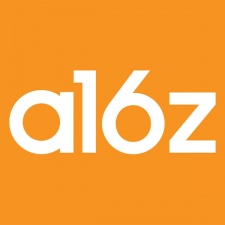 Venture capital outfit Andreessen Horowitz has rolled out a brand new $600 million fund to invest in the games industry.

Dubbed the Games Fund One, this is a new pot of cash dedicated entirely to the games business. The firm has previously invested in this sector, such as Oculus and Zynga.

Games Fund One is set to invest in games studios – with a focus in service-based outfits – as well as apps to support consumers. Finally, Andreessen Horowitz wants to invest in infrastructure, with the expectation that games contain the building blocks for the 'metaverse', whatever that is. The fund is led by Andrew Chin, Jonathan Lai and James Gwertzman.

A number of industry partners are on board as advisors, including Roblock's David Baszucki, Jason Citron of Discord and Riot co-founder Marc Merrill.

"Games Fund One is founded on the belief that games will play a pivotal role in defining how we socialise, play, and work over the next century," Andreessen Horowitz wrote in its announcement copy.

"Over the past decade, games have undergone a radical transformation, from simply being packaged entertainment, to becoming online services that more closely resemble social networks and scale like consumer technology companies. The most successful games today, such as Fortnite, League of Legends, and Minecraft, are communities that retain loyal, long-term users and generate billions of dollars in annual revenue. Furthermore, games are also driving innovation across the entire consumer ecosystem, pioneering best-in-class mechanisms for user engagement, retention, and monetisation, such as microtransactions, battle passes, and web3 tokens. And long term, we believe games infrastructure and technologies will be key building blocks of the metaverse, an opportunity that dwarfs the current $300 billion game industry itself."