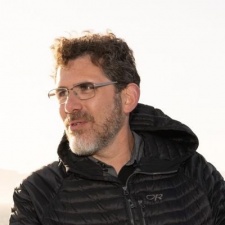 Game developer Certain Affinity has said that it will pay to move staff out of places where their healthcare might be restricted.

In a letter to employees, later shared on Twitter – and spotted by GI.biz – the firm's CEO Max Hoberman voiced his concern over legislation coming into effect in some regions of the United States. This includes Texas' – where Certain Affinity is based – anti-trans laws, as well as the Supreme Court's expected overturning of Roe vs Wade.

"It is appalling that states, including the CA headquarter's home state of Texas, are wading into what I consider personal healthy and privacy matters," Hoberman wrote.

"Recently this encompassed gross intrusions on the rights and dignity of transgender youth, putting politics over the physical and emotional healthy and wellbeing of a vulnerable population, and threatening their families, friends, doctors, and other supporters.

"As the recent draft US Supreme Court opinion potentially overturning Roe vs. Wade has shown, the rights of women to make critical decisions about their health and wellbeing -- including access to vital birth control medication and abortion -- and protections for the privacy of those decisions, are also under attack. Measures are already teed up in several statest that will similarly punish family, friends, doctors, and other supporters who come to their aid.

"This is all incredibly concerning on a personal level, and also as a business owner and leader; naked politicization of private health matters is hurting our business in tangible ways, including our ability to recruit staff."

Hoberman said that Certain Affinity would cover the cost of moving out of state if employees aren't able to access "essential care".

"If the state or province you live in restricts access to what a majority of medical experts consider essential care, and this makes remaining there untenable for you and your family, we will cover the pre-approved, documented, reasonable out-of-pocket costs of your relocation to another, safer state or province that we operate in," he said.