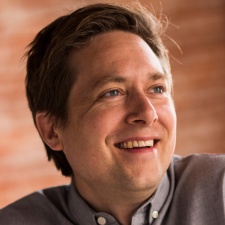 The founder of engine giant Unity, David Helgason, is getting into climate change.

As reported by PocketGamer.biz, the former Unity CEO has launched Transition Labs, an initiative that is apparently going to be tackling climate change. He is serving as chair of the board, while fellow co-founder Kjartan Olafsson is to be its CEO.

Transition Labs has already announced its first partnership is to be with "oceans solutions platform" Running Tide.

"Several of the solutions to the climate crisis already exist - but they need to be identified, invested in, and scaled up," Helgason said.

"The scaling part is where Transition Labs comes in. Deploying and scaling real-world solutions and technologies can have a long lead time, and we aim to cut down that lead time with our expertise, network, resources and plug-and-play approach to getting things started."

Olafsson added: "Running Tide is exactly the type of company we’re building Transition Labs for. It has a potentially massive impact, is ready to be scaled, and can leverage so much of Iceland’s unique strengths."