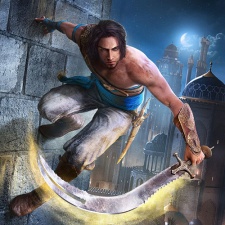 The upcoming remake of Prince of Persia: The Sands of Time is facing yet another change with Ubisoft Montreal taking over as lead developer of the project.

In a post on Twitter from the game's official account, the French publishing giant said that its Montreal studio would be taking over from its Mumbai and Pune outfits. It's not clear why this has taken place, but Ubisoft does say that it is going to be addressing the scope of the game.

Ubisoft Montreal is, of course, where the original Sands of Time was created.

"This decision is an important step and the team, building upon the work achieved by Ubisoft Pune and Ubisoft Mumbai, will now take the time they need to regroup on the scope of the game to deliver you the best experience for this remake of an all-time classic, when it's ready," the firm wrote.

"We want to thank you all for your continuous support and patience throughout the development. Rest assured, that we will update you on the process in a future update."

It's also likely that this could lead to another delay for the project, which was initially set to release in 2021 before being bumped.

Disclaimer: Alex Calvin is a freelance journalist and writer who has worked on projects with Ubisoft.

Report: Ubisoft could be up for sale