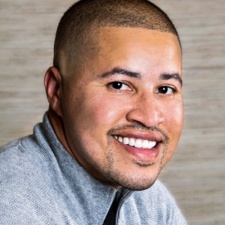 Amazon has inked a deal with production company dj2 Entertainment.

This partnership sees the former have first refusal on the latter's projects, which does include a lot of video game adaptations. Dj2 has picked up the rights for films including It Takes Two, Life is Strange and Disco Elysium.

"The dj2 team has long believed that video games would one day serve as incredible source material for stories told in television and film, and that it was only the lack of love and respect for the artform which previously held successful adaptations back," dj2 Entertainment CEO Dmitri Johnson (pictured) said.

“Moreover, it is truly an honour to have Prime Video as our platform partner. A partner who truly supports us, as well as our grand ambitions, for telling the best international gaming stories with no limitations in how high we may collectively aim.”

Amazon Studios head of creative content Nick Pepper added: “I cannot express enough just how excited we are to be working with the powerhouse team at dj2 Entertainment. Their expertise and skill in the gaming-to-screen market is unparalleled. The possibilities are endless for what we can create together for our global audiences.”