Lord of the Rings and Hobbit games rights are for sale 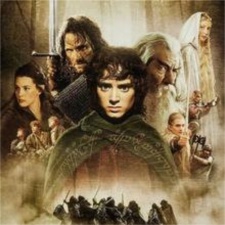 The games and film rights to The Lord of the Rings and The Hobbit are for sale at the moment.

As reported by Variety, Saul Zaentz Co is putting all of its Tolkien holdings up for auction having owned them since 1976. This means that – among other things – the film and games rights are currently up for grabs, as are those related to merchandising, events and theme parks.

The film and games rights had previously, in part, belonged to Warner Bros via New Line Cinema – the company that brought us the 2000s Lord of the Rings trilogy, but Saul Zaentz reckons that they have reverted back to them given that Warner hasn't made anything new in the franchise for some time.

Saul Zaentz was a film and music entrepreneur who bought the adaptation rights for Tolkien's works back in 1976. He died in 2017.

Amazon is currently making a TV show based on The Lord of the Rings IP called Rings of Power. The company was also making an MMO for the series, but this reportedly fell through back in April 2021 due to contract disputes with Tencent. The title was set to be made by Leyou Technologies Holdings, which was bought by the Chinese tech and entertainment giant in December 2020.