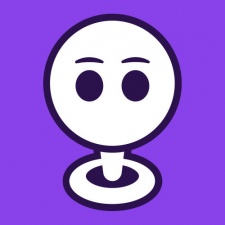 Piepacker has announced a partnership with legendary game studio Atari and Japanese Game developer Paon DP. The social gaming platform welcomes a host of arcade and Mega Drive classics to its service, including Pong, Centipede and Asteroids.

Atari’s COO and head of gaming, Jean-Marcel Nicolai, spoke about this recent partnership, saying: “Atari is excited to bring our fan-favourite classic titles to Piepacker’s innovative social gaming platform. Piepacker is an ideal platform to recreate the social experience of arcade gaming and introduce Atari’s games to a new generation of players.”

Piepacker, the free gaming service that enables its users to play officially licenced classic games with friends, will be bringing both arcade and PSX versions of classic Atari games to the platform. These titles will be joining the service’s extensive catalogue, bringing the number of games available to Piepacker users to over 100.

The following games have now been added to the Piepacker service:

In a statement, Piepacker's co-founder and CEO, Benjamin Devienne, had this to say:
“We are honoured by the support we have received from historic games developers like Atari and Paon DP… As our catalogue grows, we are moving ever closer to our goal of building the multiplayer platform retro fans have been dreaming of.”

Back in late October, Piepacker secured $12 million in a Series A funding round that LEGO Ventures participated in. That round of investment brought total funds raised in one year to $15 million. Since its launch in March 2020, the Piepacker beta (free on Chrome) has close to half a million unique users worldwide.

New Atari CEO says he wants to give company focus

Atari Gaming to focus on premium PC and console titles