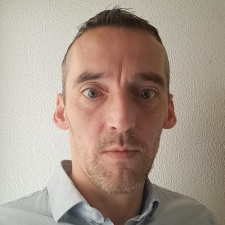 The developer has been renamed Underdog Studios in the wake of the success of Sniper Ghost Warrior Contracts 2. That's the fifth entry in the franchise, which sold 170 per cent better digitally in the first ten days it was on the market.

To give an indication of how well the game sold, Sniper Ghost Warrior Contracts shifted 250,000 copies between its November 2019 launch and January 2020.

“We chose the name Underdog Studio as we felt it perfectly encapsulated the plucky spirit and hardworking attitude of the development team,” Underdog lead creative producer Kenton Fletcher said.

“We are not the biggest team around but we’re a group that is packed with talent and creativity, and we work extremely hard to produce titles that punch well above our weight. We're incredibly excited to open this new chapter in the studio's history and look forward to achieving even higher standards of quality in our forthcoming titles."

Lords of the Fallen 2 in development