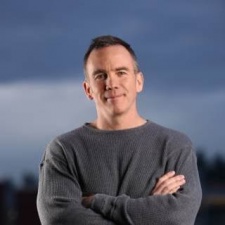 The CEO of Bungie, Pete Parsons (pictured), has said that the studio has more to do in order to improve its working culture.

This came in a post on the developer's website, which followed an expose by IGN into allegations of historic misconduct at the company. This included incidences of employees experiencing racism, sexism and abuse, as well as a culture of crunch at Bungie that saw staff working 100-hour weeks at times.

IGN reports that the narrative team complained about harassment they – often women members of staff – received following the Curse of Osiris DLC for Destiny 2, with employees apparently not provided with any support.

Though Bungie has had problems in the past, many of the staff that IGN spoke to said that the studio has greatly improved in recent years.

"I’m heartened by the progress we have made, but it is not enough, and it has taken too long. It also does not sweep away the bad experiences people have had at our studio," Parsons wrote on Bungie's site.

"As CEO, it is my job to factor both the past and the future and be accountable for all of it, here and now. Speaking with the team at Bungie, reading the stories, and seeing both known and newly surfaced accounts, it is clear we still have work ahead of us.

"I am committed to it. We are not yet the studio we have the potential to become, but we are on our way. And we will not rest or slow these efforts because we recognize that the journey of inclusivity, diversity, and equity is, in itself, the destination we all strive towards. This is critical to achieving our vision and fulfilling the potential of the welcoming, equitable home of creative and technical excellence Bungie should be."

Bungie said in July of this year that it wouldn't tolerate harassment in its workplace in the wake of a lawsuit filed against Activision Blizzard for its toxic working culture.