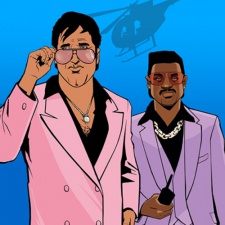 Rockstar parent company Take-Two is taking the developers who reverse-engineered the source code for both Grand Theft Auto 3 and Vice City to court.

As spotted by GI.biz, the publishing giant has filed a suit with the San Francisco division of the Northern District of California against the team of 14 individuals from around the world, nine of which are whose identities are currently unknown.

Take-Two's issue with said group is the allegations that it has not only has reverse-engineered the source code – dubbed re3 and reVC – for the aforementioned crime romps, but also "sought unlawfully to copy, adapt, and distribute" this to the public.

These projects are being hosted in repositories on Microsoft's Github.com, which the Rockstar parent firm has tried to remove these via DMCA requests. Some of the team involved in the reverse engineering work submitted counter notices to these strikes, saying that "the takedown of the repositories was mistaken or otherwise not legitimate."

Like most giants of the games publishing scene, Take-Two is pretty litigious when it comes to its IP. Earlier this year, the firm took down Grand Theft Auto cheat site LunaCheats.