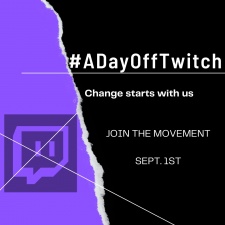 Personalities on streaming platform Twitch have gone offline to protest the company's lack of action when it comes to harassment and misconduct on the service.

Dubbed #ADayOffTwitch, this campaign was started RekItRaven – with the assistance of LuciaEverblack and ShineyPen – over what they see as Twitch failing to police "hate raids" that take place on the platform.

RekItRaven had previously been the target of a hate raid on August 6th where a large group raided their channel spouting racial slurs in the black creator's chat feed.

#ADayOffTwitch started yesterday – Wednesday, September 1st – and asked both creators and viewers to stay off Twitch for a 24 hour period.

Twitch hasn't made any comment on the protest on its social media since it started yesterday. Following the campaign being announced in August, Twitch took to Twitter to say that it doesn't want this kind of misconduct on its platform.

"No one should have to experience malicious and hateful attacks based on who they are or what they stand for," the firm said.

"This is not the community we want on Twitch, and we want you to know we are working hard to make Twitch a safer place for creators."

In April of this year, the Anti-Defamation League said that Twitch needed to make a greater investment in moderation on its platform to stop hate speech and harassment.