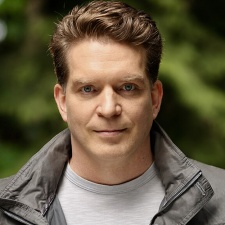 Game company ProbablyMonsters has announced that it has closed a $200 million funding round.

In a release, the company said that this was a Series A financing round that gave backers preferred stock. The firm previously raised $18.8 million in a private Series A back in July 2019.

This latest round of investment will apparently allow ProbablyMonsters to "evolve and grow." It was led by LKCM Headwater Investments.

“As part of our growth, we are now secure beyond any one triple-A game project, predictably providing our teams with stable, creatively rewarding, and long-lasting gaming careers,” ProbablyMonsters CEO and founder Harold Ryan (pictured) said.

“Our goal is to make ProbablyMonsters a home where developers with vision can build a meaningful career, thrive in a positive culture, and deliver amazing experiences to generations of gamers across the world.”

ProbablyMonsters was founded back in 2016 by the former CEO of Bungie, Ryan. This is a new outfit that acts as an umbrella company for two new developers, Cauldron Studios and Firewalk.