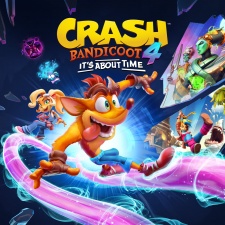 The digital rights management (DRM) protection for Crash Bandicoot 4: It's About Time has not lasted long at all.

The title made its debut on PC last week on Blizzard's Battle.net platform, but as reported by Ars Technica, the anti-tamper tech was thwarted pretty fast by cracking group Empress. Apparently, Crash 4 was being protected by "Battle.net + online only" meaning that it doesn't seem to be using any additional tech like Denuvo anti-tamper.

Empress hasn't clarified what the crack actually does, aside from replacing one file in the game's install. Crash 4 was released on March 26th and was cracked the following day.

The speed at which Crash 4 was cracked is likely due to the fact that players were not happy with being unable to play the game offline. Much like the Blizzard Arcade Collection, trying to use the title without an internet connection gives you the BLZ51900002 error code, meaning the game failed to connect to a login server.

There is no online content here, so outside of protecting the game from pirates, there's little reason for users to be connected to the internet.