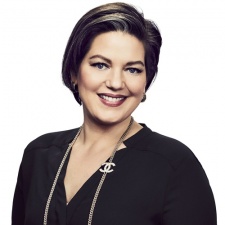 Electronic Arts has delayed its upcoming Need for Speed title by one year and its developer Criterion has been brought to help out with Battlefield 6.

Speaking to Polygon, EA chief studios officer Laura Miele (pictured) said that the recent acquisition of Codemasters meant that it already was releasing at least one racing title this year, so sequestering Criterion to help out DICE with Battlefield made sense.

Criterion hasn't led work on a Need for Speed title for almost a decade. The last entry it helmed was 2012's Most Wanted before it provided support to Ghost Games for the following year's Rivals. Since then it has worked on the Rogue One: X-Wing VR mission for Star Wars Battlefront, as well as helping out with Battlefront 2 and Battlefield 5. EA brought Criterion back to the Need for Speed franchise in 2020 after closing down Ghost Games.

“[Battlefield] is shaping up great, the team has been working incredibly hard, they pushed hard last year, and yes, we have been working from home,” Miele said.

“And it’s hard; it’s hard to make games from home, and the [EA DICE] team is fatigued a bit.

“We have a great game and some incredible potential with this game,” Miele added. “We’re playing to win; we’re playing to put a great Battlefield game out in the market.”

At the end of last year, EA said that Need for Speed was set to launch by the end of the 2021/22 financial year – aka by March 2022. The next entry in the Battlefield series has not been announced properly yet, but has been mentioned to shareholders.

EA completed its acquisition of Codemasters in February of this year, hailing the creation of a "new global powerhouse" for racing. The publishing giant paid out $1.2 billion for the UK racing specialist, outbidding fellow triple-A behemoth Take-Two in the process.