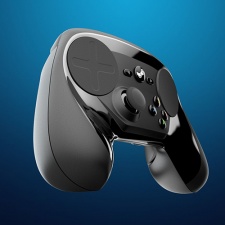 Steam giant Valve has lost a patent case over its Steam Controller.

As reported by VGC, the IP holding branch of Scuf Gaming Ironburg Inventions took the firm to court having previously warned Valve that its 2014 prototype of the Steam Controller infringed its patent for "rear-side" controls. That's those paddles in case you were wondering.

Microsoft licensed Ironburg's patent when it introduced these kinds of inputs for its Xbox Elite controllers.

The Steam Controller launched in 2014 and was discontinued in 2019 after selling 1.6 million units. Valve claimed it hadn't infringed Ironburg's patent, but a jury found that it had on all seven of the company's claims.

The court awarded Ironburg damages of $4 million. That might sound like a lot but it's definitively on the lower end of the scale. The firm had asked for $11 million at the high end, or $6 million based on the aforementioned licensing deal it reached with Microsoft for the Xbox Elite controllers.

This comes in the wake of Valve being fined $1.97 million by the European Commission over its use of geoblocking for Steam keys. This was part of a total fine of $9.5 million against Valve, Bandai Namco, Capcom, Focus Home, Koch Media and ZeniMax Media.