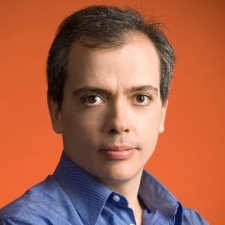 US publishing giant Activision Blizzard has reaffirmed its commitment to inclusive hiring practices after controversially calling them "unworkable."

In a statement to GamesIndustry.biz, the company's COO and president Daniel Alegre (pictured) said that diverse hiring was "essential" to the firm's "mission."

This came in the wake of a report from Vice, which said the AFL-CIO labor federation – a shareholder in both Activision Blizzard and Electronic Arts – had made proposals to both companies saying that they should interview at least on diverse candidate when hiring for a position.

In order to stop it from having to put this proposal to shareholders, Activision Blizzard reached out to the United States Securities and Exchanges Commission (SEC). An attorney for the company reportedly described the proposal as "an unworkable encroachment on the Company's ability to run its business and compete for talent in a highly competitive, fast-moving market."

EA, meanwhile, says that it is considering the AFL-CIO proposal.

"Activision Blizzard is committed to inclusive hiring practices and to creating a diverse workforce; it is essential to our mission," Alegre said in his statement to GI.biz.

"Vice completely mischaracterised the SEC filing made by our outside attorneys. In fact, our hiring practices are rooted in ensuring diversity for all roles. We engage in this aggressively and successfully. Our objection was rooted in the fact that the AFL-CIO proposal failed to adequately consider how to apply these practices in all of the countries we operate in.

"Our games have uniquely influenced popular culture and have helped to increase tolerance and inclusion through their connectivity as well as the heroes we portray and our stories that celebrate diversity, equity and inclusion in so many powerful ways.

"In order to ensure that our games stay true to our mission--to connect and engage the world through epic entertainment--we require that all candidates of all backgrounds, ethnicities, genders, races and sexual orientations are considered for each and every open role. We aggressively recruit diverse candidates so the workforce provides the inspired creativity required to meet the expectations of our diverse 400 million players across 190 countries. We remain committed to increasing diversity at all levels throughout Activision Blizzard worldwide."

Shareholders call for Kotick to resign from Activision Blizzard