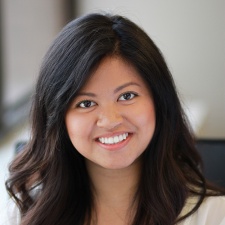 The CEO of games publisher Glitch Evva Karr is rolling out a new fund for early-stage support.

Speaking to GamesIndustry.biz, the exec said that Moonrise Fund is designed to assist developers working on projects featuring different kinds of gameplay. Karr says that Moonrise will help "a good handful" of projects each year, with each game scoring between $100,00 and $250,000 in funding.

"I've been thinking a lot about what fresh games could be made if creators had the power to really develop, control, and ship their games and the games that they really want to see in the world without asking for any permission," Karr said.

They continued: "The goal is never to draw out money at the wrong time. In, say, a traditional publishing model, what you end up seeing is that if there's a recoup period, that can really actually have negative effects of not knowing when funding is actually going to come in, and that can be really challenging for developers. So with our structure, we've really formatted it around dividends. At the end of the year, if there's profit for the teams, then they'll distribute that to their team and also a portion to the fund itself."

Moonrise Fund also boasts a number of advisors, including Paradox vet Susana Meza Graham, with most of the rest of the board wanting to remain anonymous for now. The organisation also offers insights, claiming to be able to offer developers a wealth of information to help shape their game.