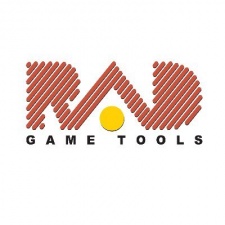 Fortnite firm Epic has made yet another acquisition, this time Seattle-based Rad Game Tools.

In an announcement on its website, Epic said that it was going to integrate Rad's tech into its own Unreal Engine offering. No figure has been placed on the deal yet.

Rad is best known for its Bink Video file format. The company's tech has apparently appeared in 25,000 games, as well as film and TV projects. Epic says that even when the deal is closed, Rad will still sell products to companies not using Unreal.

"We know first-hand how impressive RAD’s compression technology is, having used it to improve the load time and quality of our most popular games – including Fortnite," Epic CTO Kim Libreri said.

"The Rad team includes some of the world’s leading compression, video and game dev tooling experts, and we are thrilled to welcome them to the Epic family."

Rad founder and CEO Jeff Roberts added: "Our work with Epic goes back decades, and joining forces is a natural next step given our alignment on products, mission, and culture. We both believe that solid technologies enable developers to build beautiful, performant, and reliable experiences. We're excited and humbled to join the amazing Epic team."

This comes in the wake of Epic announcing that it had bought a disused shopping mall in Cary, North Carolina with the aim of turning this into its new headquarters by 2024. In November of last year, the company also bought facial animation firm Hyprsense, while months earlier in September, it snapped up "kidtech" firm SuperAwesome.