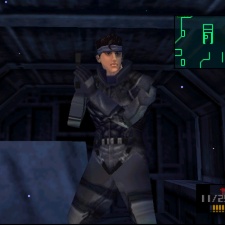 That's according to Deadline - and confirmed by The Hollywood Reporter - which says that the movie is still in development over at Sony Pictures. Kong: Skull Island director Jordan Vogt-Roberts is at the film's helm.

There's no word yet on when the movie will actually enter production. The project was initially signed between Metal Gear publisher Konami and Sony Pictures back in 2012, with little word about progress since.

With Isaac now named as the film's lead, it's likely that things are actually beginning to move on the project. The star himself said last year he'd love to play Solid Snake in an adaptation of the video games series.

While we can't say for certain, this does also mean that Isaac will also likely be playing Solid Snake's clone twin brother, Liquid Snake, and we hope he approaches the role with the same camp British energy that Cam Clarke leant to the role back in 1997.