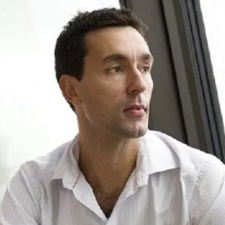 Electronic Arts veteran Patrick Söderlund has provided an update about what his new Embark Studios is up to.

In a post on Medium, the developer's founder revealed that the firm started production on its debut title, unsurprisingly a shooter, in spring of this year. There are also some screenshots showing the title in action, which is being built in Epic's Unreal Engine. This appears to be a sci-fi and military-themed third-person shooter that admittedly looks rather gorgeous.

Söderlund also said that work on Embark's second project has begun. This is a PVP shooter, something that the EA and DICE vet admits is something he thought was behind him but it seems he has unfinished business with the genre. Character concepts for the title include a samurai, a cowgirl, a more 'regular' looking soldier and, um, a kid. Masks seem to be a common theme, too.

"It’s a concept that leans heavily into team-based gameplay and puts dynamism, physicality, and destruction front and centre," Söderlund wrote.

"Some of the industry’s most experienced first-person-shooter developers are with us here at Embark, and if you think working with them on a new project sounds like fun, you should take a look at our open positions."

Embark Studios was announced back in November 2018 following Söderlund's departure from EA in August of that year. Korean firm Nexon is putting the cash behind this new venture and owned 33 per cent of the company when it was revealed. In August 2019, it upped its stake to 72.8 per cent.