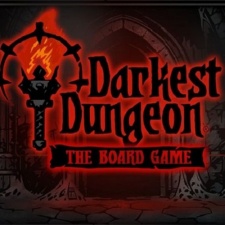 A board game adaptation of beloved Lovecraft-inspired horror title Darkest Dungeon has raised more than $1m on crowdfunding platform Kickstarter.

The campaign went live on Tuesday, October 20th, with a goal of $300,000, but smashed that aim pretty quickly. At the time of writing, the project has attracted $1.4m in funding from 10,970 backers and still has another 15 days to go. Darkest Dungeon: The Board Game's Kickstarter campaign closes on Friday, November 6th.

"This milestone we – you – reached is just our beginning," creator Mythic Games said upon hitting its funding goal.

"It is as if you climbed a tall mountain, only to discover your path extends far into the valleys below, and up again on even steeper slopes. Success, though, has a knack for emboldening the heart. Soon, another peak will be conquered, and a new world will unravel. My only advice is this – make every step count. Keep yourselves safe by enlisting other heroes. Together you can be stronger… and, in adversity, you can gently prod them into the maw of wolves before you flee."

Darkest Dungeon was originally created by Red Hook Studios. Since its launch in January 2016, the base game has sold four million copies, with DLC bringing that total up to eight million.