The Most-Eagerly Awaited Game Releases Still to Come in 2020 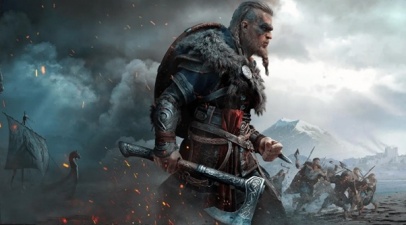 It’s been a funny old year for gaming, with many delays in production and releases. But 2020 has still delivered plenty of highlights: Stadia, for example, has shaken off a lot of its early issues, and it has been buoyed by some big releases in September. Other highlights of 2020 have included Half-Life: Alyx, Doom Eternal and the Last of Us Part II. But there is something of a backlog of releases coming from top developers that might run into 2021 or later.

Indeed, despite some of the upheaval, and many delayed releases this year, gaming is in a good place. The esports industry, for instance, is trucking along and bigger than ever. And, therefore, it doesn’t come as a surprise that the esports game previews indicate that this industry is getting more competitive as well. Stalwart titles like CS: GO, League of Legends and Overwatch are still gaining new fans. However, nothing excites quite like a top new premium game hitting the market, and here’s what we are most looking forward to in the coming weeks:

After years in development, Cyberpunk 2077 is set for release in November 2020, although PS5 and Xbox Series X players will have to wait until 2021. It’s been a hell of a ride for developers CD Projekt Red since announcing the game in 2012, as they had to deal with hurdles like the theft of preliminary designs and other production hiccups. But the good news is that all signs are pointing to a masterpiece, and those lucky enough to have experienced the demo version of the game have suggested as such. The RPG is set to feature a massive open-world experience, and we can’t wait to explore Night City and the adjoining Badlands. Of course, there is always the chance that it does not live up to the hype – and there has been a lot of that – but let’s be positive and say that this is going to meet, or even exceed, expectations.
Release date: 19th November

To be frank, nobody expects Ubisoft to go out on a limb and do anything ground-breaking with the newest instalment in the Assassin’s Creed franchise. But do they need to? The switching of the action to the Norse world is reason enough for fans of the franchise to be excited. While we expect slight improvements in the gameplay and a mark-up in the graphics, it is the storyline that we are truly looking forward to seeing unfold. You will be able to play as a male or female version of Eivor, leading your clans from Norway to Alfred the Great’s England (circa AD 873). As such you’ll be able to explore cities like London as it emerged from the Dark Ages. Moreover, as with other Assassin’s Creed games, the action will be juxtaposed with modern-day adventures of Layla Hassan. More of the same from Ubisoft, then, but that’s fine with us.

Godfall was the first game announced for Sony’s new PS5 console, but the game will be released simultaneously for PCs during the 2020 holiday season. What do we expect? Well, it’s the concept of the game that has us intrigued, with players invited to explore a high-fantasy world split into five different realms – Earth, Air, Fire, Spirit and Water. Players will take the role of characters of the Knight’s Order, and do their best to prevent the realms from impending doom. Godfall caused quite the stir when its first trailer was released in 2019. And as one media outlet put it, the game “looks amazing”. Looking amazing and playing amazing aren’t always the same thing though, but, again, we are going to go with our gut on this one and say it will be a doozy.