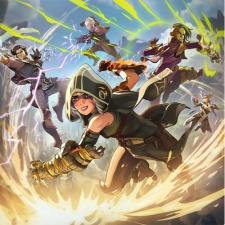 That's according to developer Proletariat, who shared the milestone on Twitter (below), noting that the title has been most popular in the United States, Japan and Brazil. Spellbreak was released three weeks ago and is free-to-play, which explains why it has attracted so many players so quickly.

The studio also noted that its game has been watched for four million hours on Twitch. Its official Discord server has 300,000 members who have sent 1.25m minutes of voice chat and four million messages.

Spellbreak launched on September 3rd for the Epic Games Store, PlayStation 4, Nintendo Switch and Xbox One. There's no breakdown as to what portion of that five million figure is being played on individual platforms.

There's also no word yet on how much money Spellbreak is generating just yet. The title might pop up in SuperData's report for September, which will be released at the end of October.