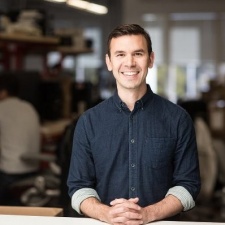 The first project from the newly-formed Mountaintop is "unlikely" to be VR.

Speaking to GamesIndustry.biz, co-founder and CEO – and Oculus vet – Nate Mitchell (pictured) said that while the studio hadn't left virtual reality in its past, the developer's first project most likely will not use the tech.

"The short version is nothing has changed," he said. "The developers working in VR today are trailblazing some incredible gaming experiences – Half-Life: Alyx, for example – and I'm super excited to see what they build next.

"We haven't left VR behind at Mountaintop – and I doubt we ever will – but it's unlikely our first title will be VR."

Mountaintop was revealed earlier this week. The venture is co-founded by Mitchell and fellow Oculus vet Matt Hansen.