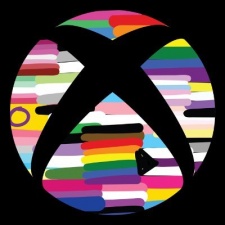 Xbox is donating $250,000 to LGBTQI+ and racial equity non-profit organisations around the world to celebrate Pride month.

On its Microsoft Pride site, the company has committed to donating to Outright Action International, Know Your Rights Camp, RainbowYouth Campaign, Campaign Against Homophobia and Colombia Diversa.

In a blog post, Microsoft Store category manager Garron Ballard wrote that the company was also hoping to make marginalised groups more visible with the release of limited edition pride merchandise. This includes T-shirts, hoodies and skins for its Surface laptop, with the firm mentioning on the store pages for these items that the company is donating to LGBTQI+ non-profits.

One might assume that the proceeds of these goods are going to charity, but that doesn't appear to be the case.

Xbox is also creating collections of games that celebrate certain aspects of the community. The first of these is the 'Play with Pride' collection, which features the likes of Undertale, The Outer Worlds and The Red Strings Club.

"We are also taking a new step to empower gamers with games that deeply matter to them and that celebrate their authentic selves, while highlighting and supporting inclusivity within our gaming ecosystems," Ballard said.

"As the first of many collections, we will be highlighting inclusive games selected by LGBTQI+ communities during the month of June 2020 and beyond."

June is LGBT Pride Month to mark the Stonewall Riots of 1969.