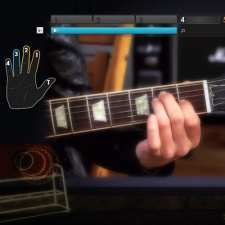 This follows the Assassin's Creed maker suing Yousician in 2018, claiming that its platform infringed its own patent US No. 9,839,852 for 'Interactive Guitar Game' that backed up its Rocksmith series of games. This patent was filed in August 2015 and granted to Ubisoft in December 2017.

In August 2019, the District Court for the Eastern District of North Carolina granted Yousician's motion to dismiss, saying that the Ubisoft patent in question not only was "an abstract idea" but also lacked "an inventive concept." As a result, the French firm couldn't claim that its IP was being infringed upon as it was "patent-ineligible."

Ubisoft took its case to the US Court of Appeals for the Federal Circuit, which affirmed the decision made by the District Court for the Eastern District of North Carolina. The judges overseeing the case say that the patent doesn't outline in any specific way how someone would design the software it is meant to be protecting and said that it was too abstract.

"We have considered Ubisoft’s other arguments and find them unpersuasive," wrote Judge Jimmie Reyna.

"For the reasons stated above, we affirm the Board’s determination that claims 1–4 and 6 of the ’852 patent recite ineligible abstract ideas."