Players are spending twice as much in Call of Duty: Modern Warfare than Black Ops 4 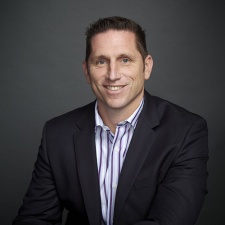 Call of Duty players are spending twice as much in 2019's Modern Warfare than predecessor Black Ops 4.

That's according to publisher Activision Blizzard, which said that "in-game net bookings" – i.e. spending – for the three months ending March 31st, 2020 – was more than double Black Ops 4 spending for the same period. This is likely due to people spending cash on the free-to-play Warzone battle royale mode, which was released on March 10th. Activision Blizzard says that unit sales of Modern Warfare have also increased due to people upgrading from the standalone Warzone mode.

That has attracted more than 60m players since release, double the 30m users that Activision revealed the title had brought in after 10 days.

"Warzone has definitely been accretive to the franchise," Activision president Rob Kostich (pictured) told investors, as reported by Seeking Alpha.

"And it’s become, and it is a really important part of the overall franchise ecosystem that we’re creating. And I think it’s worth just talking about that a bit.

"Since the last few calls, we’ve been discussing, bringing our community together through a number of player-focused initiatives. And that started with cross plays, where all the friends can just get together no matter what platform you’re on. It was about the free content to our community at the same time. And it was about kind of the new deterministic content system we put in the game.

"And, of course, in the backdrop here you have Modern Warfare, which has been just a fantastic game that gets better over time. And then, what we really did is amplified all this with the launch of Warzone, our massive scale battle royale experience. And when you look at Warzone, it was definitely built to provide endless fun on its own and to stand on its own as a great game.

"But Warzone and Modern Warfare are also obviously connected in many ways, including through shared progression systems, game systems, and content offerings. And what we’re seeing right now in Warzone is that a large number of players choosing to upgrade to the premium Modern Warfare game and experience everything that the Modern Warfare universe has offered.

"And so far, you know, the number of upgrades to premium that we’re seeing are definitely above our initial expectations. And that’s really great to see. And also, across this universe, the Modern Warfare universe from an engagement perspective, we’re also seeing franchise highs now and daily average unique players, peak concurrent players and overall player investment has been as indicated on the call so far.

"So regarding the future of Warzone, we know how much the community is loving it. We know how much they’re enjoying the experience so far. So we’re going to continue to invest in this significantly, in terms of content, events, new modes, new ways to play, and really just a ton more in the future."