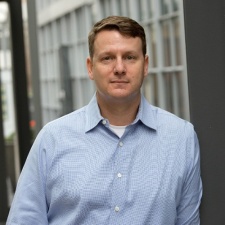 As reported by GamesBeat, this cash will be used for firms around the world. Transcend will be doling out cash between $200,000 and $2m to companies who are in their seed or Series-A funding stage founds.

“I’ve been intending to do this for as long as I can remember, but doing it professionally as a fund manager is new for me,” said Transcend's MD Shanti Bergel.

“It’s a lot like starting a game company. We’ll be a global fund, not geographically bound and focused on the early stage.”

Bergel also says that the advent of more games platforms, as well as cross-play, means that more people will be playing than ever before.

“Even the largest franchises in the industry are often carefully targeted to appeal to narrowly defined interest groups and designs with the broadest appeal tend to be just as easy to put down as they are to pick up,” he said.

“Crafting experiences that are not only beloved for years but approachable, deep, and meaningful is extraordinarily difficult. But, the opportunity to transcend those boundaries is the very real promise of now. It is also the origin and namesake of our new firm.”