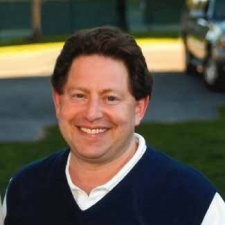 The CEO of Activision Blizzard Robert Kotick has said that its games pipeline hasn't been impacted by the COVID-19 coronavirus pandemic.

Speaking to CNBC's Squawk Box, the chief exec said that its staff have moved to working from home and that the development of its forthcoming projects was still on track. Activision Blizzard has apparently been supporting staff to allow them to still work as well as they could if they were in an office environment.

The firm has a number of new titles in the works, including – shockingly – a new Call of Duty game. That's rumoured to be a reboot of the Black Ops subseries in the same vein as 2019's Modern Warfare redo.

“I don’t know that we quite know yet. Most of the things that we have in production and development are on track for now. I think we’ll have to really reassess that in a month and in three months," Kotick said.

“We’ve been doing things like encouraging our employees to upgrade their home broadband to the highest bandwidth service and we’re paying for that. We had equipment available for take home so everyone in the software development, art or animation functions, we made equipment available so they had the newest, most secure devices, but I think it’s still too early to know what the consequences on development will be for the next year or so.”

Players are spending twice as much in Call of Duty: Modern Warfare than Black Ops 4