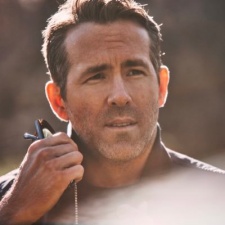 Ryan Reynolds is getting ready to star in another movie adaptation of a video game.

As reported by The Hollywood Reporter – and confirmed by Netflix (below) – the actor is in talks to star in Dragon's Lair, an arcade game from the 1980s. He is also set to be a producer through Maximum Effort.

Other producers include Roy Lee through Vertigo Entertainment and Trevor Engelson from Underground Films. Don Bluth – an original creator of the game – will also produce.

Reportedly, it took the streaming platform "almost a year" to secure the rights to the film. Should Reynolds take on the role of Dirk the Daring, it would be his third role in a games-based movie. The first being Detective Pikachu and the second his upcoming film Free Guy.

The plot for Dragon's Lair is one that many will be familiar with as a brave night takes on dragons and wizards to rescue a princess.

No director for the film has been named. However, Dan and Kevin Hageman – The Lego Movie and Scary Stories to Tell in the Dark – will write the script.

Netflix has seen a lot of success with video game adaptations. Namely, The Witcher TV series which was released last December. Furthermore, there is evidence to suggest that a TV show for Resident Evil could be set to hit the platform.

HEAR YE, HEAR YE
Netflix is developing a live action feature adaptation of the legendary 80s arcade game Dragon's Lair. @VancityReynolds is in talks to play noble Knight Dirk the Daring, on his quest to rescue Princess Daphne from the titular dragon.