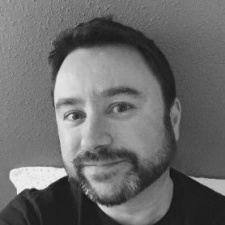 The co-founder of Borderlands studio Gearbox Software Landon Montgomery has passed away.

The news was announced by the company's official Twitter account, in which the developer paid its respects to its co-creator. There's no word as to how Montgomery died.

"We are heartbroken after learning today of the passing of one of our co-founders, Landon Montgomery," Gearbox wrote.

"In our earliest years, Landon played a big role in helping to set our path. We will always be thankful and remember him for being a part of our lives. During this trying time, our thoughts, support, and affection are with those who were closest to him."

Gearbox's co-founder and CEO Randy Pitchford added: "Landon will live on in the memory of our earliest games from our work with Half-Life and Halo to the creation of our first, original game Brothers in Arms. Aloha, Landon."

Montgomery co-founded Gearbox in 1999 and served as its chief operating officer as well as an artist. He worked on titles including Half-Life: Opposing Force, James Bond: Nightfire and Brothers in Arms, as well as Borderlands. He departed in September 2010, before landing a role as a program director for marketing firm The Richards Group where he was analysing the esports scene between 2015 and 2016.

In 2016, he came on board at H1Z1 maker Daybreak Game Company as its general manager, before resigning at the end of 2017. In 2019, he was hired as a producer at graphics specialist Nvidia.